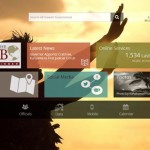 HONOLULU — State Chief Information Officer (CIO) Todd Nacapuy today issued the following statement in recognition of eHawaii.gov being named “Best in Class” winner in the Interactive Media Awards’ government category. For the second consecutive year, the award singles out Hawaii.gov, the official website of the Aloha State, among government sites across the nation.

“When it comes to our state’s website presence, Hawaii is maintaining a level of excellence shared by few other states.

“This latest recognition for Hawaii.gov demonstrates how the State of Hawaii can succeed when we combine innovation and responsiveness to the public’s needs. The eHawaii.gov team’s collaborative work with various departments across the state is an example of applying technology effectively to improve public access to government data and services and to promote transparency.”