Joining the OIMT/ICSD team in key leadership positions are Michael Otsuji as IT development officer and Jim Miwa as IT operations officer (the state’s chief technology officer).

In addition, Mark Choi will become OIMT’s business architect, spearheading the mapping and design of the state’s business processes in relation to IT.

“Mike, Jim and Mark offer decades of experience in IT infrastructure, program management and operations, which are essential to our strategy that focuses on people first, followed by the process and then technology,” said Nacapuy, who was appointed by Gov. David Ige in April and formally stepped into the role of State of Hawaii CIO on May 4. “Their well-rounded knowledge, leadership and innovation will help guide our team as we introduce service-oriented IT infrastructure and applications across the state enterprise for the benefit of employees and the public.” 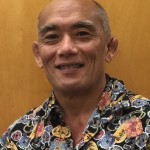 Michael Otsuji, already on the job since June 16, brings more than 30 years of IT experience to the state. He is the owner of BDI, a company specializing in network infrastructure and personal computer maintenance, as well as its subsidiary, Da-Planet, an ecommerce site that was one of the first in the world for the trading card industry. Otsuji was previously director of infrastructure and operations for Hawaiian Electric Company, overseeing the network and computer mainframe. He also owned Data-1 Computer Center, the second largest independent retail computer store in Hawaii. Otsuji earned bachelor’s and master’s degrees in philosophy from the University of Hawaii.

Jim Miwa, who will start on July 6, most recently served as senior manager of IS production services support for the Hawaii Medical Service Association (HMSA), responsible for managing a team of IT professionals overseeing the day-to-day operations and administration of HMSA’s enterprise computing infrastructure. Prior to that, he was the director of systems engineering at Total Resource Management, where client work included assessment, planning, design and transition work for the Hawaii Departments of Education and Transportation, as well as the City and County of Honolulu. Previous positions included IT internal network support manager for Pihana Pacific; IT desktop and telecom manager for Motorola Australia Pty Limited.; and senior network analyst, MIS administrator, and technical coordinator for Motorola Inc. Miwa earned a bachelor of business administration degree in management information systems from the University of Hawaii.

Mark Choi, who will join the team on July 1, has served as HMSA’s infrastructure engineer since 2010, leading desktop management services. He was also its principle architect for solution design of the end user computing strategy, including virtual desktop infrastructure. Choi was previously the senior systems solution architect for Aloha Technical Solutions and network operations manager for Central Pacific Bank. Choi earned a bachelor of science computer information systems from Hawaii Pacific University, with work toward a master’s thesis on key performance indicators and other factors that business and technology incubators need to provide to develop, grow and maintain leading high technology companies. Choi is co-chair of the Hawaii chapter of VMware User Group.