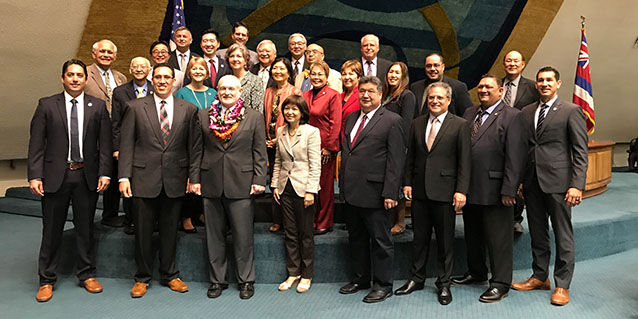 HONOLULU — The Hawaii State Senate voted to confirm Douglas Murdock as The Office of Enterprise Technology Services’ (ETS) chief information officer (CIO).  He is the fourth person confirmed by the Senate to serve as CIO since the position was created in 2010 (Act 200, SLH).

Murdock previously served as the Enterprise Technology Officer at the Hawaii State Department of Human Services, overseeing some of the state’s largest technology initiatives. Murdock was also Comptroller for the State of Hawaii, launching the successful effort to modernize the State’s antiquated payroll system.

Murdock also led the legal office at the Air Force’s Electronic Systems Center in Boston,  providing advice for procurement of a 5 billion dollar portfolio of Air Force and Department of Defense IT system.  He has a B.S. degree in economics, an M.S. in public administration and a J.D. from the University of Washington and is a retired Colonel.

As CIO, his priorities include continuing the efforts to modernize the enterprise resource planning system (human resources, payroll, time and attendance and budget and financial systems), enterprise portfolio management and workforce development.